Trimethylaluminium is one of the simplest examples of an organoaluminium compound. Despite its name it has the formula Al 2 (CH 3) 6 (abbreviated as Al 2 Me 6 or TMA), as it exists as a dimer. This volatile, colorless liquid is highly pyrophoric, igniting immediately upon exposure to air. Trimethylaluminum (TMA) is a precursor for Aluminum Oxide deposition, a Ziegler-Natta catalyst, the most popular aluminum precursor used for the production of Metal-Organic Vapor-Phase Epitaxy.

We have often heard it said among the Semiconductor EHS community that robust containment is the best fire safety methodology for Trimethylaluminium fire safety. While we concur wholeheartedly with this assessment, we have consistently pointed out the need for a contingency plan, should the Titanic hit an iceberg. In the event of a Trimethylaluminium leak or spill, there needs to be a practical strategy for dealing with the scenario, other than watching a bulk chemical delivery cabinet set the entire fab ablaze.

But, Mousie, thou art no thy lane (you aren’t alone)
In proving foresight may be vain:
The best laid schemes o’ mice an’ men
Gang aft a-gley, (often go awry)
An’ lea’e us nought but grief an’ pain,
For promised joy.
~ Robert Burns, 1786

TMA is an Angry Compound

Trimethylaluminium is a vital compound for semiconductor deposition, and when reacted in the carefully-controlled environment designed to optimize the release of energy inherent to this metalorganic compound, it is a fantastic substance and process to behold. However, when Trimethylaluminium strays from the security of its intended habitat, it unleashes a storm of fire and fury – and it is not a genie put easily back into its bottle. One molecule of TMA reacts with one molecule of air, and the energetic material contained within is released. When exposed to air, TMA burns. (It requires no other ignition source but oxygen.)

The Idiosyncrasies of TMA

One of the characteristics of Trimethylaluminium is inherent pyrophoricity that requires no ignition source other than oxygen, in order to burn. This short video clip documents some rudimentary fire safety testing performed by KFPI Dallas, Texas. Without any other ignition source, observe how TMA burns in open flame, as soon as it is released into the air.

When exposed to air, Trimethylaluminium ignites into open flame. When exposed to the exponential oxygen molecules in water, the chemical energy release is more volatile. (Note: At the time of this initial testing of TMA at KFPI Dallas, we were trying to convince some of our end users that using water sprinklers as a fire suppression method for TMA is not a good idea.)

Due to the obvious fire safety risk of this chemistry in semiconductor manufacturing facilities, especially in bulk storage volumes, industry safety experts have been reiterating a need for a true safety methodology that pragmatically addresses the level of risk that pyrophoric metalorganics like TMA pose to equipment, facility, and life safety. KFPI was tasked, as the recognized global semiconductor fire safety experts, to develop a fire safety solution that truly addresses the challenge.

FM Global, the global standard-bearer for safety in semiconductor manufacturing operations, has recently raised the bar for metalorganic fire safety. They have recognized the clear gap in fire safety procedures in semiconductor metalorganic / pyrophoric material storage and handling, and have now mandated the use of a leak containment and abatement system for bulk liquid distribution cabinets.

2.5.2.4.5 Provide the following on a reactive or pyrophoric liquid distribution cabinet:
A. Minimum 12 gauge (0.097 in. [2.5 mm]) steel construction with self-closing doors.
B. A reservoir to contain spilled liquid, up to the volume of the largest single container in the cabinet.
C. An exhaust system to remove the byproducts of combustion and convey them directly to an exhaust path.
D. An FM Approved optical flame detector and very early warning fire detection (VEWFD). Confirm the
optical flame detector will respond to the flame signature of the pyrophoric or related liquid being
dispensed. Interlock the detection systems to automatically close the shutoff valve(s).
E. An interlock to prevent dispensing with the door open.
F. An emergency or continuous nitrogen inerting system to control the rate of combustion of released
material. Design the inerting system in accordance with FM Global Property Loss Prevention Data Sheet.
7-59, Inerting and Purging of Tanks, Process Vessels, and Equipment.
G. An interlock to prevent distribution until the emergency or continuous inerting system is verified and available.

Driven by the industry need for a practical and effective fire safety system for metalorganics, after years of R&D, performance testing, and safety compliance reviews, KFPI has a perfected safety product. LCAS (Liquid Containment & Abatement System)is a fire safety device, designed specifically to address the considerable fire hazard present in semiconductor production due to energetic materials. LCAS monitors bulk distribution systems for pyrophoric metalorganic compounds, and in the event of a leak, safely contains and abates the metal organic material without fire, smoke, or particulate damage to semiconductor tools, processes, or clean rooms. Metal organic leaks in semiconductor facilities no longer need to be considered catastrophic scenarios.

The KFPI LCAS system is an “ADD-ON” safety control system for metalorganic bulk chemical delivery systems. LCAS is a self-contained safety control system which can be attached to an LCAS-compatible MO bulk chemical delivery system or to MO tool gas boxes. This leak containment and abatement system is SEMI S2 compliant, and can safely monitor and control the BCDS environment. In the event of a liquid or vapor leak of metalorganic chemistry inside of the BCDS, the LCAS safely contains and abates the leak, without fire, damage, or particle exposure to the fab – resulting in minimal disruption to production. 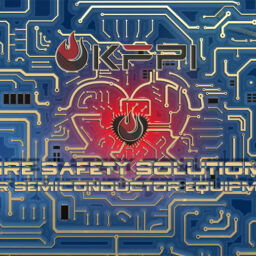 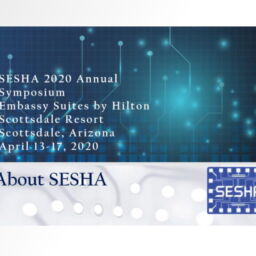 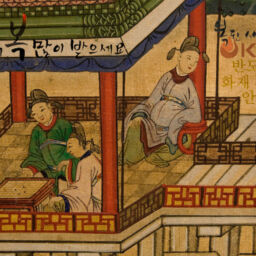